What Covid taught me about leadership 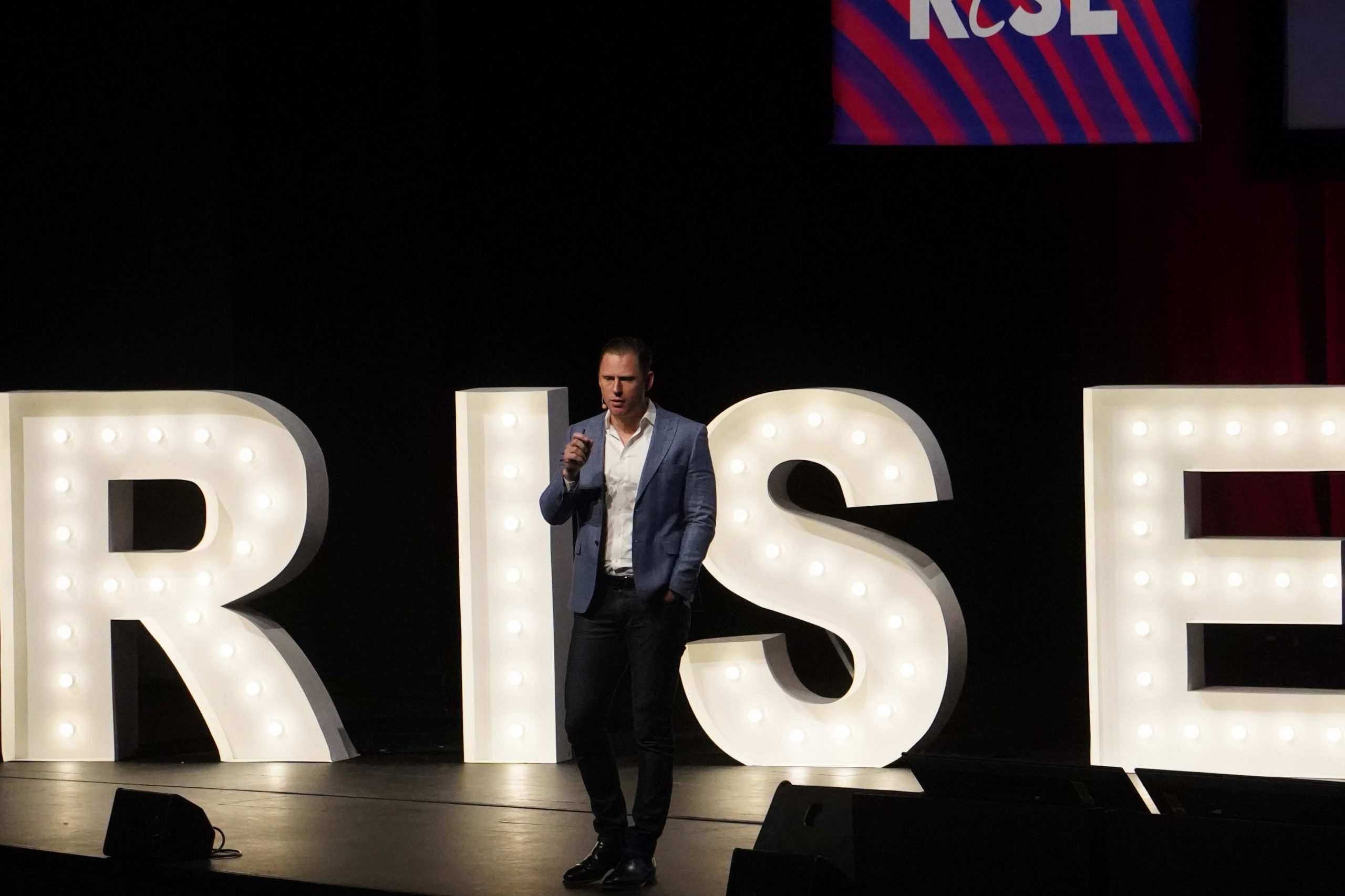 Leading real estate principal Phil Harris said the early days of Covid had given him anxious visions of “rocking into Macquarie Bank saying, it’s all over to you guys”. But instead, the pandemic had taught him three lessons he’d never forget that strengthened his business.

“Be immediately proactive as a real estate principal when things like this happen,” said Phil, founder of Harris Real Estate and a former state salesperson of the year and Golden Gavel champion. “Your staff are watching what you do.”

He told the Rise conference in Melbourne – an event focused on the mental health and wellbeing of real estate agents – that a second lesson related to the response of staff during the early days of Covid in Australia.

It had helped him recognise the “true leaders” of his 180-strong organisation, the largest independent agency in South Australia.

“We had staff who stole hand sanitisers,” he said, “but also those who emerged as leaders, volunteering to take a salary cut to stop lay-offs.” The pandemic had also allowed him to see who were “calm and considered in a stressful environment”.

Covid helped us see who should be in the leadership program

“It has provided a platform to see who should be in the leadership group,” said Phil.

His third lesson was to expect and accept criticism of his own leadership. “You need to back yourself,” said Phil. “If you’re in the business of pleasing everyone, it’s not going to work. Not everyone will be 100 per cent supportive, but that’s okay.”

Phil said he spent the early days of Covid on the phone with employees, discussing their fears and concerns and “being really honest, and a bit scared and nervous”. A webinar was held each day to keep colleagues informed of any issues.

He said he’d made plenty of mistakes, but his organisation was “incredibly proactive” during the lockdown.

With the immediate danger of Covid easing across Australia and a property boom igniting, he told the Rise conference that agents needed to “stay hungry, humble and true to your values”.

The boom was a false economy, he said. “Some of us are writing extraordinary numbers, but you’re not as good as you think you are.”

Those who ignored messages or didn’t return the calls of potential buyers would pay the price once the boom was over. He told his audience: “If that’s you, there’ll be plenty of people who’ll remember how you treated them.”

He said the pandemic had presented every agent with the opportunity to establish a successful career even though significant challenges remained.

“Consumers think you look, talk and charge the same,” he said. “They think they don’t need a great agent to sell a property.”

To overcome this ambivalent attitude, agents needed to focus on their personal value proposition, and Phil challenged the audience, asking: “At a kitchen table, what do you want burnt on people’s brains?”

Agents also need to show compassion for buyers, some of whom had missed out on a dozen or more properties and were becoming increasingly desperate as prices continued to head north. 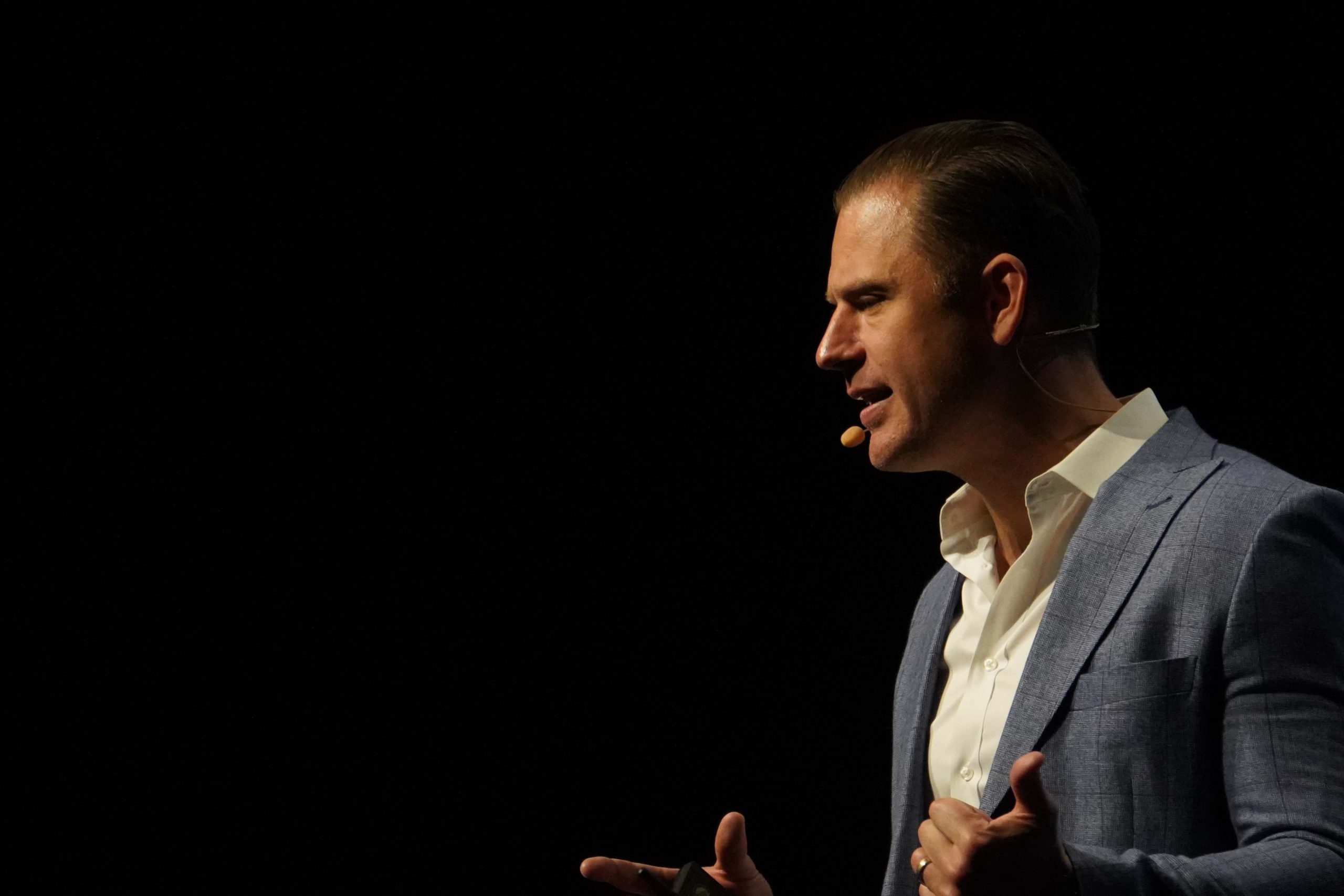 Make it your lifestyle to serve people

“Quit selling,” said Phil bluntly. “Stop worrying whether they’re selling or buying. Make it your lifestyle to serve people, and then you’ll build a snowball of positive momentum.

It was essential for an agent to have a “fair process” for dealing with prospective buyers. “Get on the front foot with the rules of negotiation,” said Phil. “Let people know what the rules are. When there’s strong interest in a property, you must have a fair platform for negotiation.”

Agents should also ramp up their communications and focus on “Just Listed” and “Just Sold” campaigns to keep prospective buyers informed of the market’s performance and the opportunities that are coming up.

“What are we doing to connect with the community and let them know we have stock when properties are selling in 10 days off-market?” he asked, wondering which agents had a communication strategy for off-market sales, which were 150% up on the corresponding period last year.

Smart operators were also going through their list of past appraisals. He knew agents who had sent 250 texts and secured 50 positive responses from this list. “Stoke the fire and provoke interest,” said Phil. “Out-energise your opposition. There’s no prize for coming second. If you get the stock, you get the sale.”

Phil was scornful of some agents’ approach to communication and said “some social media feeds make me spew”.

“Have a humble self-promotion strategy,” he suggested. “My brand is something I value highly. Tone and style should match your brand.”

He added: “Have a plan – it’s the secret sauce of this industry. It’s not that other agents are better than you, but the successful ones are consistent. Work out your formula. It’s not a knowledge of real estate but the stuff outside it that stops you hitting those numbers.”