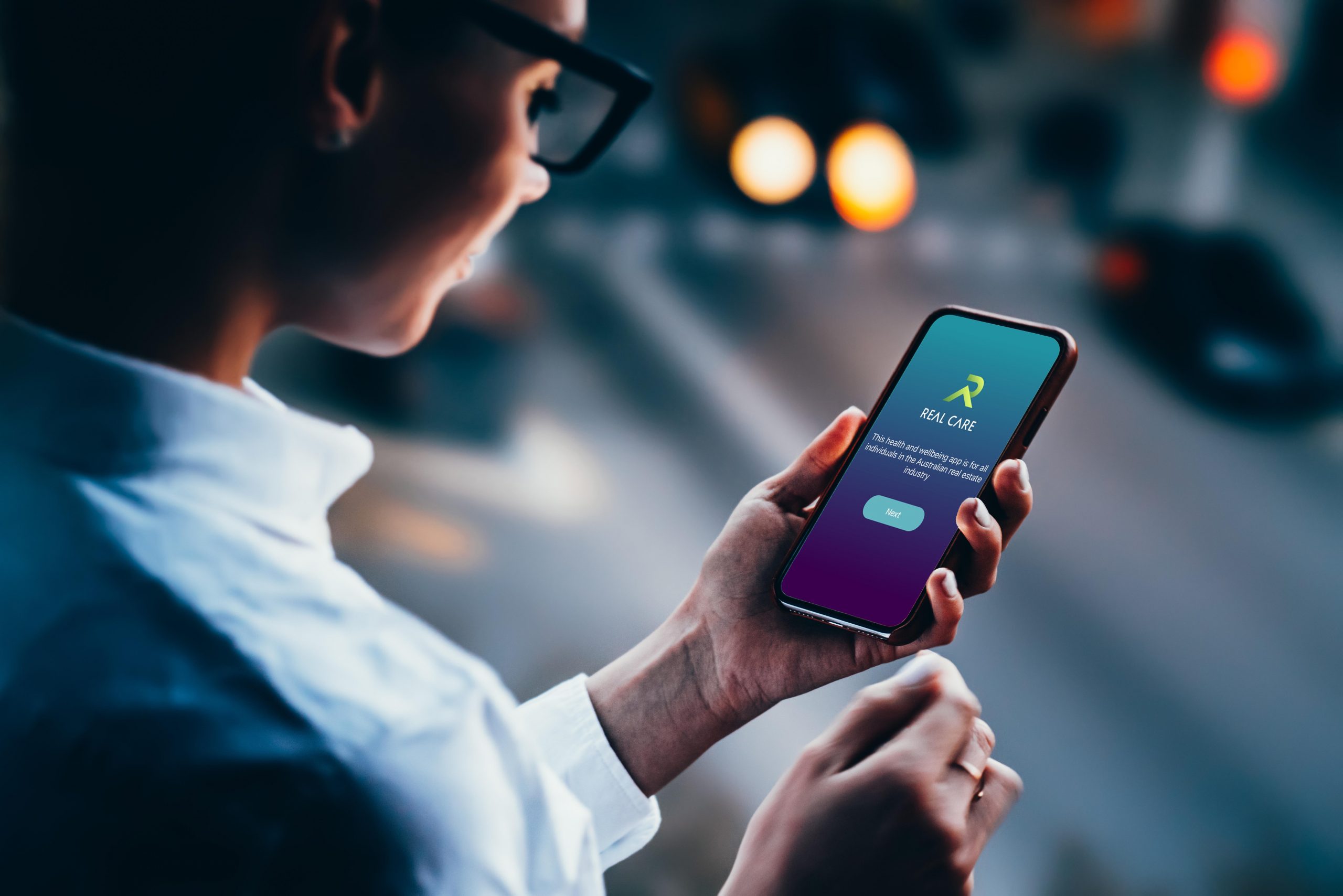 The Real Care app designed to ease anxiety and help real estate agents maintain control of their income was launched at the Rise conference in Melbourne in May.

Rise co-founder Chris Hanley, one of Australia’s most respected agents and real estate leaders, described the app as a “prevention device” and urged his colleagues to take the opportunity to download and explore the technology to discover how it could help them in their day-to-day lives.

Inspiration for the Real Care app was ignited by a group of concerned principals who helped raise money in the aftermath of the Christchurch mosque shootings that claimed 51 lives in March, 2019.

Chris recalled watching the tragedy unfold on his office TV and was left in awe of New Zealand Prime Minister Jacinda Ardern. “How did someone so young – under 40 years of age – act in such an unbelievable way to lead her nation,” asked Chris in his welcoming address at the Rise conference.

“I spent the weekend on the phone and suggested (to industry colleagues) that we go across the ditch to Christchurch to help. It was a remarkable day – my most memorable in more than four decades in real estate. We co-operated as a profession. We all paid our way and raised a large amount of money.”

When they returned to Australia, the group regathered in the boardroom of Melbourne agent Jellis Craig and decided they should also help their own sector, which had long been troubled by job-related anxiety, depression and even suicide.

The Rise group was born, and a vision for the Real Care app created.

“What a journey it has been,” said Chris, recalling how colleagues had visited real estate offices around Australia and discussed the issue of job-related mental health with young and older employees, embracing salespeople, property managers and administration staff.

Using this feedback, the app was built in partnership with Melbourne-based developer Utility Creative, which worked with the Heart Foundation and the Prostate Cancer Foundation. Real estate media company Domain signed up as a partner.

Chris confessed to his audience he found real estate an “unusual profession”. Having spent four decades in the business, he said he made the claim with “some authority”.

“There are a lot of challenges,” he said. “Mental health is one of them. Like sportspeople, we get our self-esteem from our results. That’s a nightmare challenge for all of us. Lose a sale or listing . . . and you don’t feel good.

“It’s also easy to lose yourself. A lot of what we do is chaotic – inside our heads, in our offices and in our lives.”

Successful selling in real estate boiled down to having “one long conversation with our communities”, he said. And few agents realised that they had “special skills” that could benefit others. He listed them as:

Chris used the Rise conference and the Real Care app as an example, saying these had been created by “a bunch of real estate agents who list and sell properties”.

Contributing to a community could be an invaluable element of an agent’s life. “Nourish your soul,” said Chris. “Dollars are not going to do that decade after decade. Dollars are not a fuel. Take action, and I suggest it will change your life”.

The pandemic had given him valuable lessons for life and work. “Do not waste Covid,” he said. “Never has there been an instance where we’ve had a pandemic and then a real estate boom. It’s bizarre.

“There have been lessons for me,” he continued. “Everyone was scared, and that showed in people who’d never been anxious in their lives or had any involvement with anxiety or mental health. All of a sudden, we were all anxious, but many of us demonstrated empathy and understanding. Conversations with our clients changed. They were longer, and we had conversations that mattered.

He expressed concern that agents and their clients were returning to quicker conversations that focused only on business rather than the needs of the people involved. “Don’t waste the empathy,” said Chris. “It’s the long conversations that matter.”

He promised the Rise group would now conduct an industry-wide survey of real estate offices so “we get a much better idea” of workplace stress and how office culture “can be improved”.

Co-host Kate Strickland said that housing had been healthcare for many renters during the worst days of the pandemic. She paid tribute to property managers as the “doctors and nurses of our industry”.

“They helped keep the country safe and looked after people,” said Kate. “If it were not for my property managers, our business and town wouldn’t have been safe.”

She said the style and focus on the Rise conference were different to others. Its goal was to honour the industry – “and the only way to do that is to tell the truth about it,” said Kate.