Layne Beachley asks agents – is love or fear driving your desire to win? 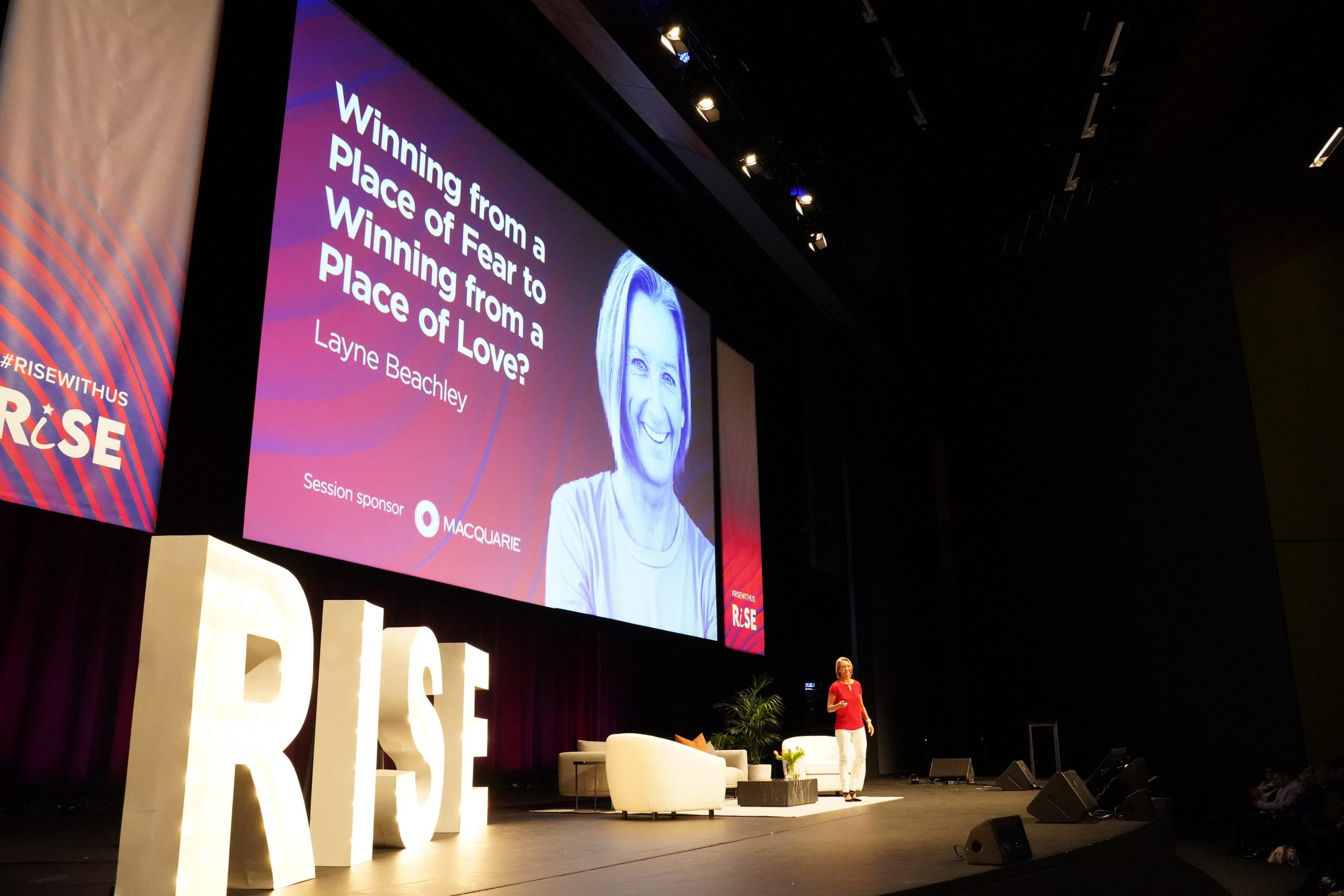 Australian sports legend and seven-time World Surfing Champion Layne Beachley AO described her journey from “fear of success” to competing with “love and grace” in her keynote address to real estate agents at the 2021 Rise Conference in Melbourne.

Layne took more than 1,200 real estate agents on the spellbinding journey of her remarkable sporting career. She shared the ultimate triumphs of her life, the sacrifices and pain, including fractured ribs, three breaks of her nose, a crushed tailbone and a litany of other injuries that could not break her spirit.
She spoke of her darkest moments that included bouts of depression and even thoughts of suicide. At one stage, she became so consumed by fear that she competed with a herniated disc that had severed 80 percent of her cervical spine.

“Fear mode” had sabotaged her enjoyment, including the five of her world titles. “Everything was hard and a challenge,” Layne told real estate agents at the Rise conference. “Nothing was easy or enjoyable. I wasn’t celebrating even the little wins. I was simply projecting my unrealistic expectations onto others.”

It took a serious conversation about retiring from the sport to enable Layne to reject her “fear mode” and the responsibility of meeting others’ expectations.
She said the breakthrough moment was her decision to “detach myself from the outcome” and “invest in the processes” of surfing and competing.

While she would take responsibility for her performance, she refused to carry the “blame, shame and guilt” of any failure.

“You are defined by your choices,” she told the Rise conference in her address Winning From a Place of Love, Not Fear. “I chose to eliminate distractions, embrace my strengths and stop worrying about what everyone else thinks of me.” 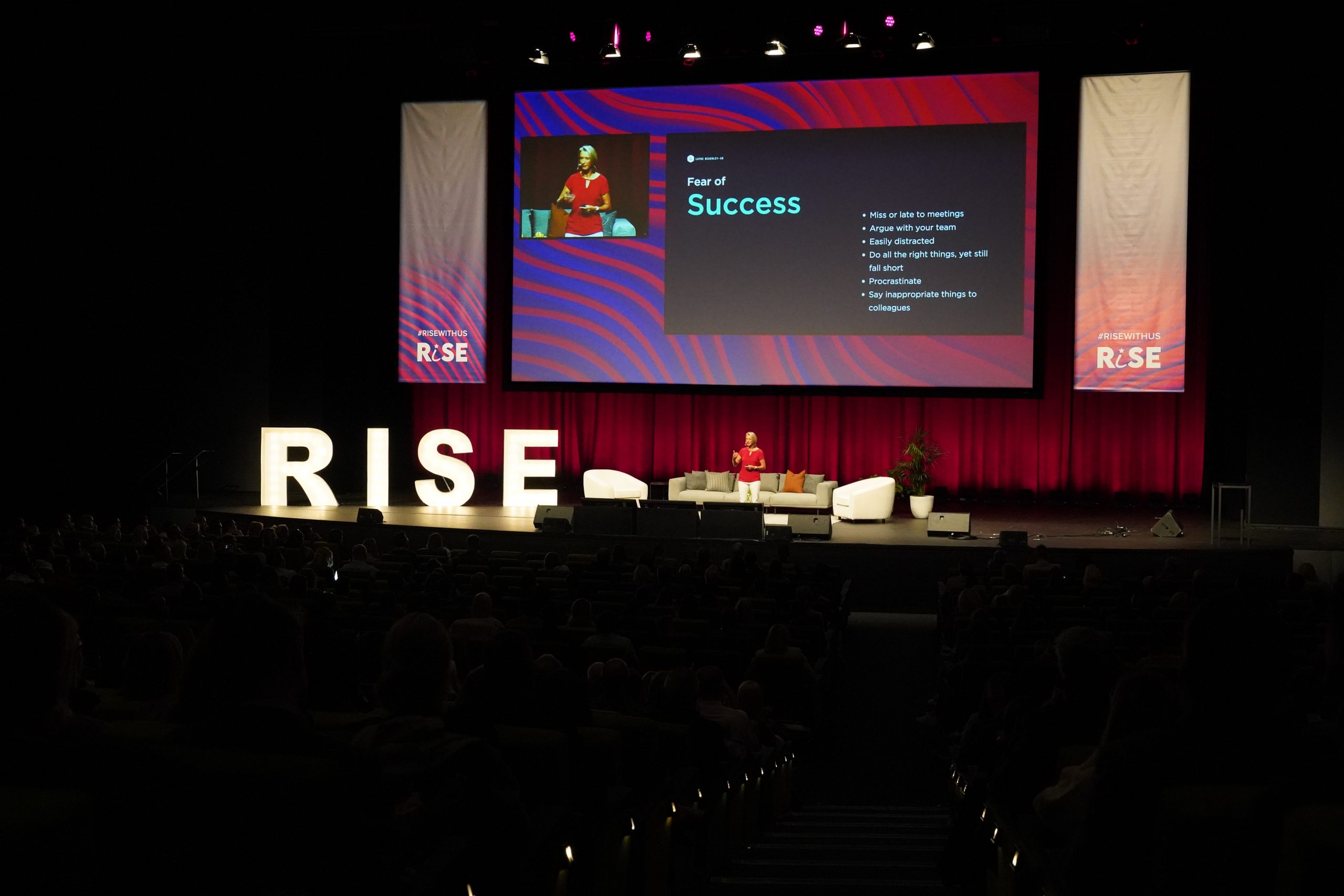 After winning five world titles “in a state of fear”, Layne said she was determined she’d compete “coming from a place of love, and trust in ease, grace and gratitude”.

“Finally, the desire to succeed far outweighed my fear of failure,” she said, before adding the caution, “but even when you’re coming from a place of love, you can still be triggered by fear.”

She told agents: “Fear of failure stops you from stepping in and growing. It prevents us from being the best we can be. If we believe we’re not smart, good or talented enough, we’ll constantly seek evidence to support this.

“But,” she paused, “have you ever considered the opposite – the fear of your own success. I spent most of my time in fear of success.” 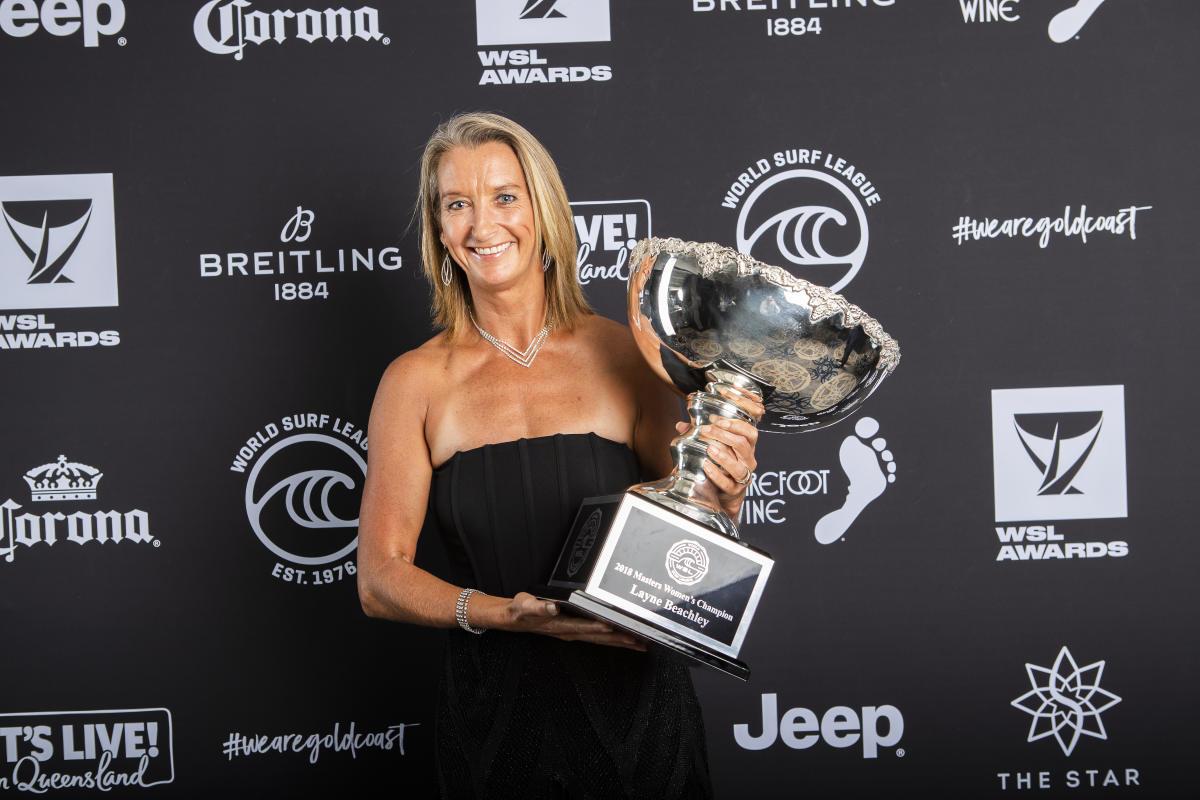 She described some of the early assumptions and stories she’d told herself about why she should not be a champion. She regarded some of her competitors as “cocky, disrespectful and obnoxious”.

“I was afraid I’d be like that,” recalled Layne. “If that was what it took to be a champion, I didn’t want it. Now, I know I have no control over what you think or feel about me, or anyone else.”

This attitude towards her competitors was born out of fear. “Fear prevented me from enjoying success until I became aware of it,” she said.

More enlightened days were ahead. Layne said that in her last world-title-winning season in 2006 she had taught herself to ignore external pressures and began to relax.

She recalled one competition in which she sat on her board out on the ocean. Instead of stressing about catching the perfect wave, she let her mind wander, and she channelled her favourite movie character, Fat Bastard, from the Austin Powers series of movies.

Realising the dominant role of fear in her life had been a revelation, but she didn’t blame herself for not appreciating the problem earlier. “You can’t change what you can’t see,” said Layne. “You need to tune in to what you’re paying attention to. Our lives are a self-fulling prophecy of what we think to be true.” 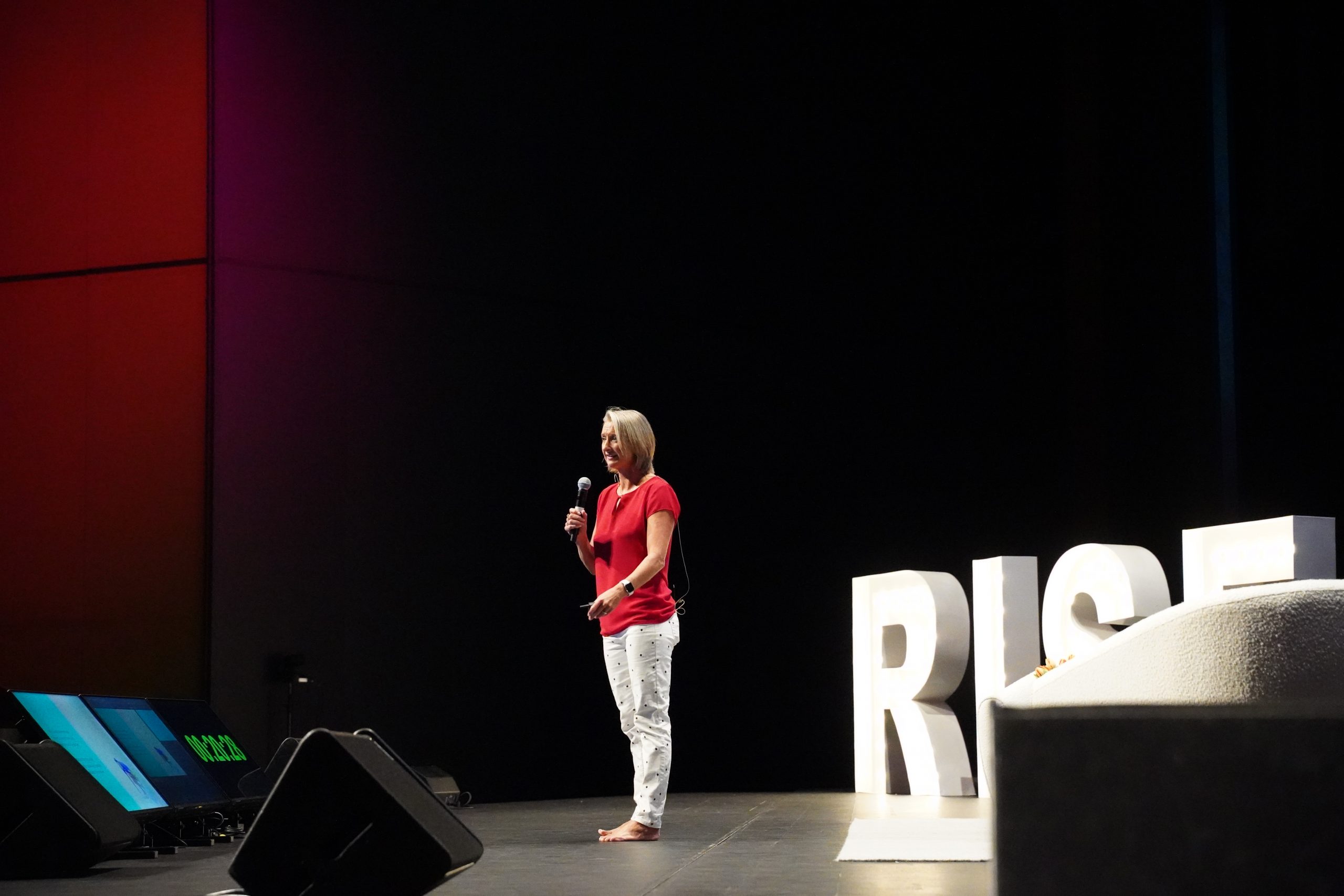 Layne also shared some of the rawest moments of her career. This included her theft from a bar fridge during which she collected a fat lip when the lock broke and flew into her face.

And she described her humiliation as the governing body made her watch her actions on CCTV. “I prided myself on being professional,” she recalled. “I’d focus on the 1 percenters that give you an edge. As an athlete, the worst thing you can do is drink before heats.” But on this night in Fiji, she went “was very outside my character”.

“I was denying the pain I was in,” said Layne. “I had states of depression and suicidal tendencies. The more you suppress your emotions, the more they will emerge at a time you least expect. When they do come up, you lay the blame on everyone else.”

Her myopic focus may have won world titles, but it did little to win friends. Layne said with some sadness that she’d never been chaired off the beach by fellow competitors.

“I was never celebrated by my peers – never chaired off the beach. I had such a lack of empathy that no one wanted to be around me. I was in a self-loathing and sabotaging mode, and it cost me my quality of life, happiness and enjoyment of success.”

Denial, she told agents, was an avoidance of the responsibility for “owning your thoughts, emotions and choices. Even if you win in ego, it’s a loss.”

Reflecting on the world of a real estate agent, she asked the audience rhetorically: “How much did you write? What car do you drive? How big is your portfolio? Where do you live? This is ego, and it’s the opposite of love. Trust in your relationships, focus on the process and enjoy it.”

Layne continued: “It’s choice, not chance, that determines our destiny. The only person who gives you permission to make that choice is you. Many people will want something from you. In survival mode, you’ll react. In success mode, you’ll respond.

“Ask yourselves, what one thing am I willing to do differently? Life happens for you, not to you – and that’s the victor’s mentality.”