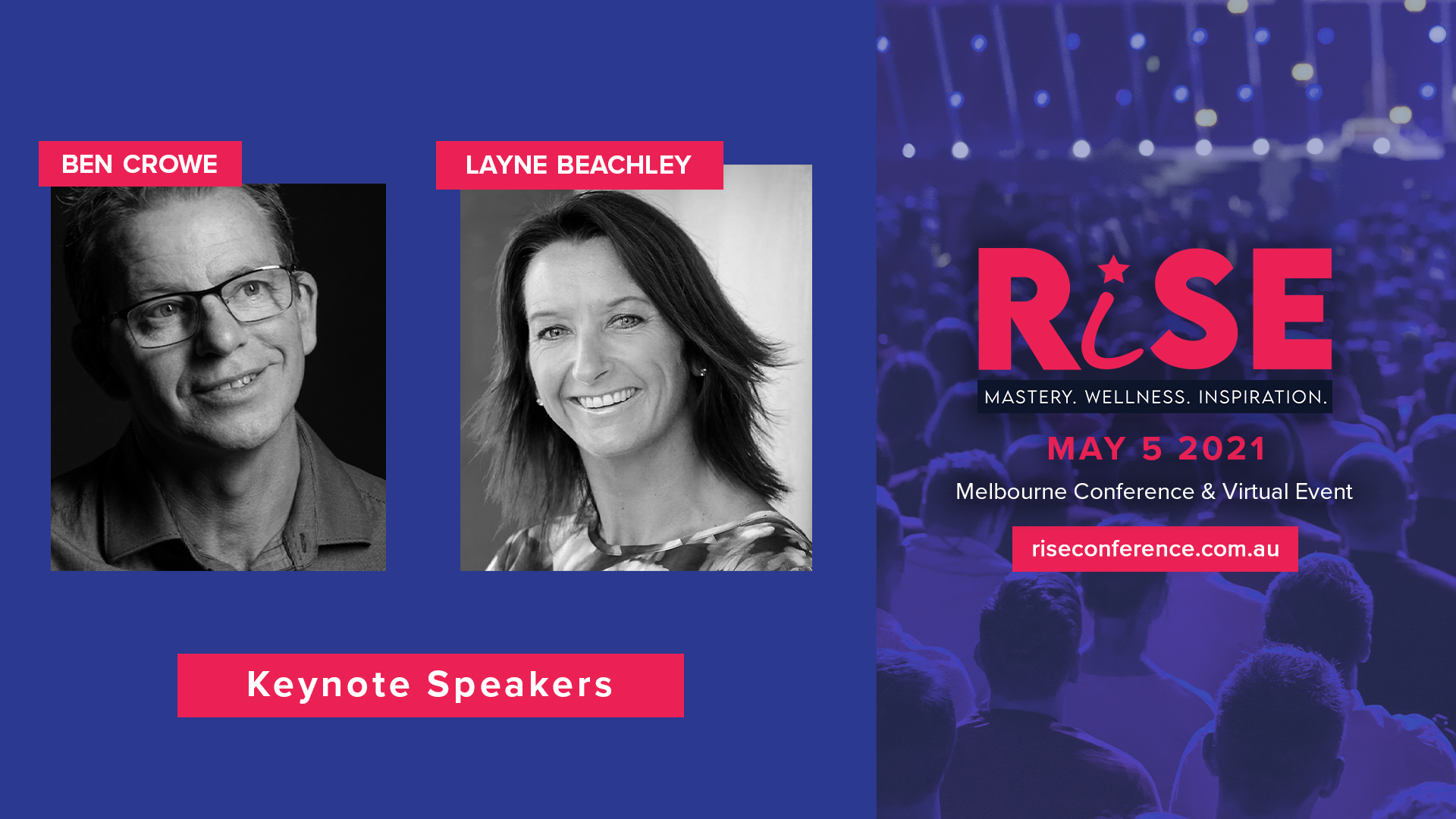 World champion surfer Layne Beachley and life coach to some of the world’s greatest sporting names, Ben Crowe, will headline the Rise 2021 Conference to be held in Melbourne on Wednesday May 5.

The two keynotes are joined by trailblazer Dr Susan Alberti who received a Companion of the Order of Australia – the country’s highest honour – for her work raising millions of dollars for medical research and breaking down barriers for women across sport and business.

Spokesperson for Rise, Chris Hanley, said the goal of Rise is to ‘do real estate differently’ and explore the connection between mental wellness and performance.

“Real estate at the moment is far too focused on GCI which is a terrible and one-dimensional way to measure and drive your success,” said Chris, who is recognised as one of the country’s  most successful real estate leaders and a Member of the Order of Australia.

“We see the cost of this in the extraordinary levels of stress and burn out, and even tragically suicide in the industry, so at Rise we are working to change that through some powerful and honest conversations about new ways to measure success.”

Layne Beachley’s presentation will cover her own battle with her mental health and performance. As the only surfer – male or female – to claim six consecutive world titles (1998-2003), Layne then went on to win a 7th world title in 2006. But her winner-takes-all determination extracted a heavy toll both physically and mentally which she was forced to confront after retiring from the ASP World Tour in 2008. Her riveting presentation will cover how she came back from that brink to start winning from a position of love rather than fear.

“If you are looking for inspiration and insights into how to build your resilience and become not just a better agent, but a better and happier human, then we urge you to rise with us,” Chris said.

Just a handful of tickets remain for the live event, but Virtual tickets are available.